Reaching for the Goal

An article on FOCUS: The Kings and His 3 Sons

Once there was a king with three sons.  The time had come for the monarch to pass on his kingdom.  He wanted to be sure to give the kingdom to the right son.  The king decided to go hunting with his sons.  Off in the distance was a large bird in a tree.  The king asked the first son to string his bow and to draw it back as he looked into the distance.

The king asked the son “Tell me, what do you see?”

The first son said “I see the bird, the tree branch, the leaves, and the bushes around the tree.”  The king told him to put down his bow.

The king asked the second son to do the same thing; “Draw back your bow and tell me what you see?”  The second son, thinking his father wanted him to see everything in the direction of the bird, told his father, ”I see the bird, the tree, the hills, the sky, and even the people off in the distance.”  His father told him to put down his bow.

Then came the third son and the his father asked him to draw back his bow and to tell him what he saw.  The third son drew back his bow, focused his eyes on the bird, and said “I see where the wing meets the body.”

The King gave the kingdom to the third son.

Paul is forgetting the great things he had done for Christ, and reaching forward to those things he has yet to accomplish, thereby becoming a more mature Christian.  He sees the calling of God on his life as a believer as the most important work in his life.  He has a goal of becoming as Christ like as he can be.

As Christian athletes, we must first focus on Jesus Christ and what it is he wants us to do in our lives.

If God has given us the desire to compete in a particular sport, then we are to first acknowledge him and pursue our sport with all that we have. We must forget our wins and our losses, our great strengths and injuries, and work today on what can make us the best Christian athlete we can be.

We need to do our best and let God do the rest. 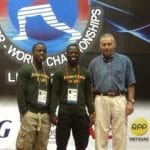 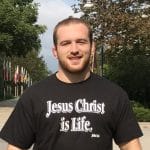